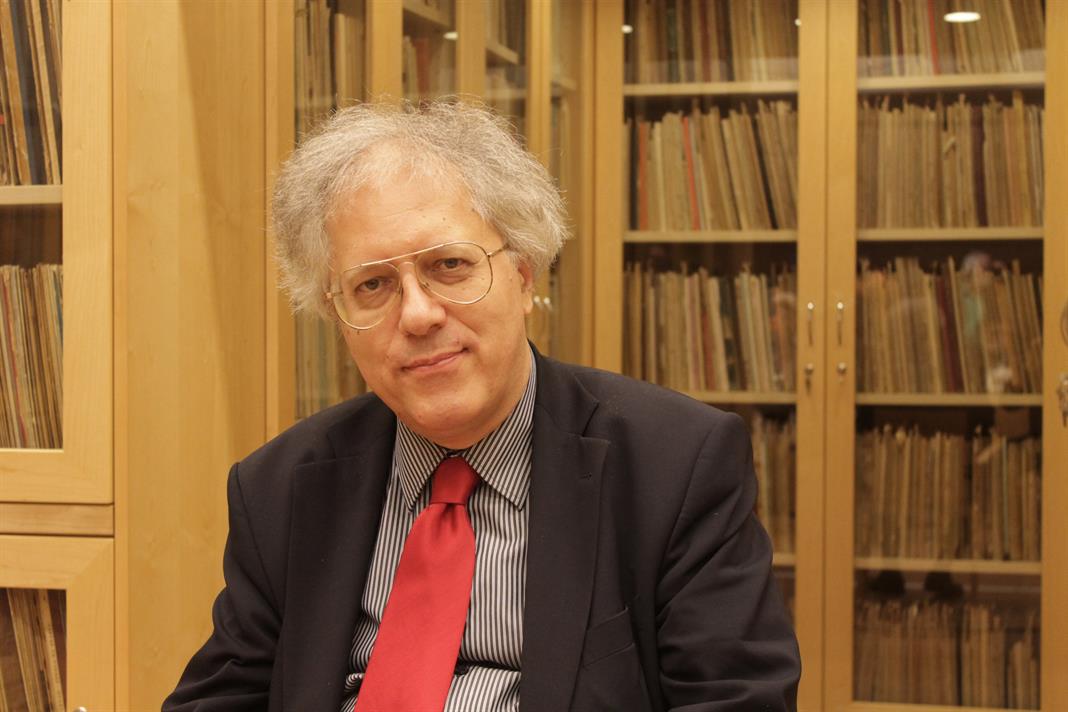 Máté Hollós was born in Budapest 1954 in the family of poets and writers. He graduated from the composition faculty of the Liszt Academy Budapest in 1980. The majority of his oeuvre belongs to chamber music but he wrote also an oratorio, works for symphony and string orchestra as well as choral compositions. Among the commissions he received from various countries (e.g. the United States, Canada, France and Latvia) the most outstanding is the one of an English orchestra which commissioned a piano concerto for the 50th anniversary of the United Nations (recorded for CD in the UK). His music is played all over Europe and North America. The International Society of Contemporary Music shot a portrait film on Hollós in 1986. In 1992 he received The Prize of the Audience in the Rostrum of the Hungarian Radio, he was given the Erkel Prize in 1997, the Béla Bartók–Ditta Pásztory Award in 1998, the László Lajtha Prize in 2004 and the Frigyes Juhász Prize in 2006.
Between 1980 and ’89 he dealt with promotion of Hungarian music in the Artisjus Agency while taught foreign students at the Liszt Academy. In 1989 he established Akkord Music Publishers, the first private company of this kind after the 40 years long monopoly of the state-owned one. In 1990 he was invited for the chief editor of Hungaroton. Since establishing Hungaroton Classic Ltd. in 1993 (later called Hungaroton Records Ltd.) he worked as its managing director till 2011, since 2006 he has been the General Director and CEO of Hungaroton  PLC as well. In 1996 he was elected, in 1999, 2003, 2006, 2009, 2012 and 2015 re-elected for the president of the Hungarian Composers’ Union. He is a board member of Society ARTISJUS Hungarian Bureau for the Protection of Authors’ Rights, the Vice President of the Hungarian Music Council and the president of the István Vántus Society situated in the city of Szeged. He is active as a contributor of musical periodicals and made radio programmes. His series of radio dialogues with 23 collegues of his generation was printed in a book and he wrote a monograph on István Vántus that was published both in English and Hungarian. For Hollós’s 50th birthday a book was published on his career titled Gentle Songs, with a CD containing an hour of his music and almost 400 writings.